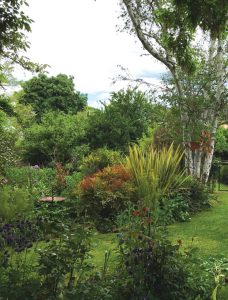 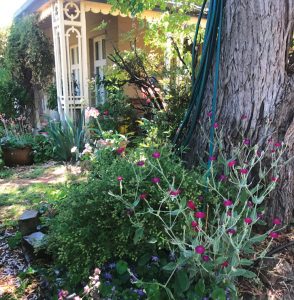 After more than 150 years, this garden continues to delight

‘Waverley’ was built in 1864 by  Melbourne based barrister Mr George Smythe, who moved to Castlemaine to be closer to his recently married daughter.

Over the years a number of residents have contributed to the planting and layout of the garden, which now surrounds the property. The current owners, Sally and Rob Leversha, have occupied the property since 1987.

The garden itself is of two parts — the front garden faces west — this features an original granite block front wall, and an elevated garden behind. A magnificent very old 25 metre high callistemon dominates the driveway side of the garden.

Roses, agapanthus and irises are seen in the garden beds, with a pathway of hardy mini-cog acacias as well as a variety of other shrubs throughout.

The rear garden faces east: the feature of the garden is the original two-storey stables, and the large European trees, which give height, structure and important shade in summer. A crazy slate sitting area is located under a large pergola supporting very old grapevines and with the stables behind, this Tuscan like area is the perfect place to sit and view the garden.

There are several garden beds with a mixture of Australian, exotic and classical English plants, dominated by the deciduous trees.

The 2022 Festival of Gardens souvenir program will be available from late July 2022. Please check back then, or sign up to receive our occasional e-newsletter to be amongst the first to hear about it!